This online course is for all food handlers, cooks and people in food service. They are trained with the essential knowledge to work in food safety roles in Catering, Food Retail and Hospitality. 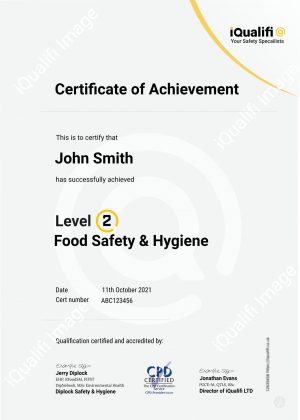 You will have instant access to course which can be completed in less than 2 hours or in your own time. Certificate downloadable and posted. Easy to set-up for individuals or teams.

Select quantity of people who require this course.

Course reviews from our clients

Diane H

Level 2 Food Hygiene
Read More
Easy to use. Information broken down into bitesized chunks. Any jargon clearly explained and accessible on every page. Certificate arrived within 48 hours!

Duane Burcher-Lewis

Level 2 Food Hygiene for Manufacturing
Read More
Very Informative and easy to follow training course, I found it particularly helpful that you are able to 'pause' the training to fit around my daily work activities. Having the additional voice over to documents was great. A comprehensive list of topics covered. all round Thumbs Up..

Hazel Sawyer

Level 2 Food Hygiene
Read More
Thank you, very informative. I found the site easy to use, I also did better than I thought I would.

MH

Level 2 Food Hygiene
Read More
Fantastic course. Well presented. Written by renowned Jerry Diplock. He tutored the first Food Hygiene course I attended at Torridge District Council Environmental Health Department back in about 2006, so when I stumbled across this online course written by him, I knew it would be good. Friendly tutor, Jonathan talked me through the process of enrolling. 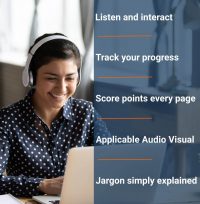 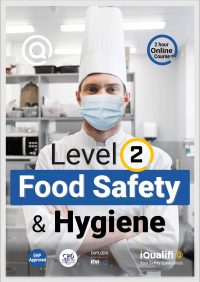 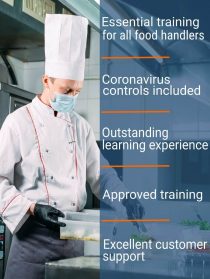 Why choose this course?

This high quality Level 2 Food Hygiene course has been written by a leading UK food safety expert and trains users in all the essential areas. It is easy use, highly engaging and achievable within 2 hours. The courses comes with outstanding reviews and customer satisfaction. 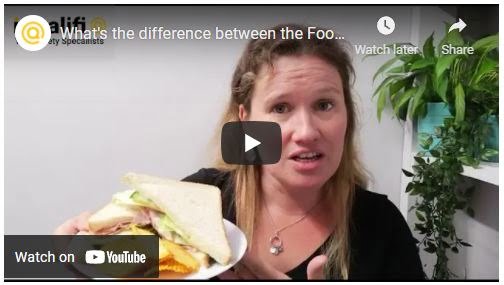 You can enrol your whole team onto the course with our online checkout. For 5 or more enrolments the course cost £14.99 per person.

Our course will give food handlers all that they need to understand Safer Food Better Business principles, the latest Covid-19 controls and achieve a 5 star food hygiene rating.

The comprehensive Level 2 Food Hygiene course content can be seen on the link below.

From ordering to the use of the training course everything was straight forward. The food hygiene course was in-depth and easy to follow, our staff particularly liked that the questions were read out to them.
We will definitely use again.

Collie Butchers
Awarding Winning Scottish Butchers
We used IQualifi to update the entire team of bakers. The process was extremely simple and was a cost effective way to ensure that our team are fully compliant with the latest Food Safety legislation. We will definitely being using IQualifi again in the future and can highly recommend them.

Peck and Strong
Baking Brilliance since 1980

Safety in environments that handle food is absolutely essential. This is because mismanagement of Food Hazards and Contamination can lead to food poisoning outbreaks and poor hygiene conditions. This may result in the following outcomes: Prosecution

Groups of Bacteria – Bacteria can be loosely broken down into three groups. Beneficial bacteria which will not harm a consumer and may be useful in digestion. Bacterial pathogens which may make someone ill if they consume them. The final group is Spoilage Bacteria which make the food unsuitable for consumption.

Beneficial Bacteria  These are bacteria that live in animal and human intestines and help us break down food and extract nutrients as part of normal digestion. Beneficial bacteria may be added to foods to provide claimed health benefits. Probiotic drinks and desserts such as ‘Yakult’ or ‘Activia’. Benefits are essential to some manufacturing foods such as cheeses, yoghurts and salamis.

Bacterial Pathogens Most bacteria are non-pathogenic.  Pathogenic bacteria cause harm through production of toxins (poisons) into the food, or they may themselves be toxic and cause illness. Food poisoning is the result of eating (ingesting) a microbiological hazard present in food.

Pathogen carriers You can be a carrier of pathogens, where you do not suffer symptoms, but can pass the infection to others, particularly where there is a poor standard of personal hygiene.

Reducing risk of being a carrier

You must not work and need to report to a supervisor if you suffer food poisoning symptoms. Examples of common bacterial pathogens are some strains of E.coli, Salmonella and Campylobacter. These are commonly found in animal intestines and present in raw meat.

Spoilage bacteria being present can result in strong smells, ‘off’ tastes, discolouration. Examples of bacterial food spoilage would be soured milk, slimy meat or blown vacuum packed foods. Signs of spoilage such as development of slime, souring, blown packs and fermentation will normally be visible.

Pathogenic bacteria – A bacteria that causes disease and illness.

Carrier – A person who harbours pathogenic organisms and can pass them to others without showing any symptoms.

Spoilage Bacteria – Bacteria that cause food to be unsuitable for supply to customers resulting in such issues as strong smells and ‘off’ tastes. They also include discolouration, development of slime, souring, blown packs and unwanted fermentation.

According to the Food Standards Agency (FSA) there are about 2.4m cases of food poisoning in the UK every year. In some cases, these are linked to an outbreak and this is defined as two or more linked cases of confirmed food poisoning.  Consequences for food incidents Where food poisoning from a business can be proved, this may result in compensation claims. The premises may gain a poor reputation and legal action may be taken by the local Council’s Environmental Health Practitioners.

These officers will investigate primarily to avoid a recurrence and also identify and deal with the cause.

EHP’s will investigate food incidents. This may include food poisoning and incubation periods (onset time) which is the time between consuming the contaminated food and development of symptoms. This can be a day or more.

Anyone can get food poisoning, but it can be serious for those who are defined as vulnerable persons. Examples of vulnerable persons include: babies and pre-school children; pregnant women. The elderly and people who are already unwell (with compromised immunity).  Those who have allergic reactions to food are also included in this list.